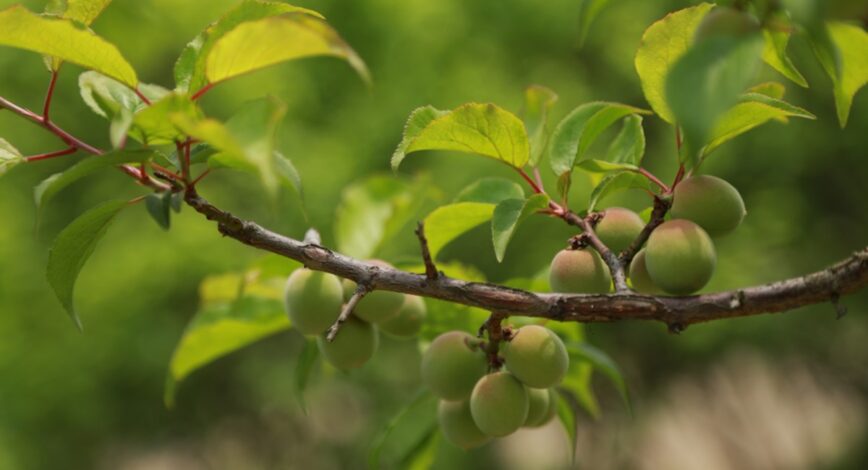 As in other places of the world, there are a number of alcohol available in Japanese markets. One of the most popular alcoholic beverages may be Umeshu (梅酒). Umeshu literally means alcohol made with Ume (Plum, apricot 梅) . It is loved by a wide range of generations of any sex. Umeshu can even made at home therefore a great number of population are familiar with the taste of Umeshu. Homemade umeshu can provide us unique varieties depending on the taste of household. Let’s discover the world of Umeshu this time.

What exactly is Umeshu?

Umeshu is a type of liquor made by pickling Ume plum into an alcohol.

Ume plums used for Umshu are not completely ripe. Japanese most frequently use pre-ripen Ume plums which are harvested around June. There are approximately 350 distinctive types of Ume plums in Japan and some are considered to be particularly suitable for Umeshu making. Wakayama prefecture is well-known for its production of Umeshu, and its local Ume plum, Nanko-Ume (南高梅), is famous.

Different types of alcohol is used for the base of Umeshu, which adds an extensive variety in flavours under the same category of Umeshu.

White liquor is categorized under Shochu of “Ko” category. Its ingredient is molasses. White liquor carries neither flavour nor aroma, therefore Umeshu made with white liquor is considered to be clear and easy to drink. Without prominent characters of the liquor itself, the genuine flavour and aroma of Ume plum tends to stand out in this type of Umeshu.

Shochu under the Otsu category can be used for the production of Umeshu. In other words, they are Shochu made from rice, barley and potato. Thanks to its base flavour of the alcohol, the sweetness of Ume plum is pulled out and it ends up having a deep flavour.

Sake can also be base liquor for Umeshu. Sake based Umeshu are usually from               Sake breweries. When an Umeshu is from a Sake brewer, it is likely that the Umeshu is produced using Sake. Umeshu made from Sake has a well-balanced sweetness derived from the rice, and a good level of acidity from the Ume plum. It             gives an overall mild rounded flavour.

Umeshu made from Umeshu often has a heavy thick textures. The level of alcohol            is rather high with a deeply sweet taste.

Homemade Umeshu is common in Japan. The choices for base liquor, the type of Ume plum and the amount of sugar or syrup can create countlss options of Umeshu.

Alcohol Act in Japan restricts the production of alcoholic beverages using alcohol less than 20 per cent. As a result, Shochu is widely used for homemade Umeshu due to its accessibility. In other words, Umeshu from Sake can only be produced at breweries following the national restrictions.

Considering the whole balance of flavours, white liquor, categorized under Ko Shochu (甲焼酎), is most frequently used for homemade Umeshu. At Japanese household, people do not simply enjoy the flavour of Umeshu but also the gift of the season through these drinks. Umeshu are commonly prepared in June in the season of Ume plum. It is recommended that the duration of pickling lasts at least for 3 months, preferably 6 months. Around September onwards, people can finally start drinking the Umeshu they made before summer.

What are the serving options?

Needless to say, straight Umeshu will give you its genuine taste of the fruit. There are also some recommended ways to enjoy Umeshu.

A large chunk of ice gives a change in the drink as the flabour changes over time depending on the ration.

With soda and sparking water

It is easy to adjust the level of alcohol to meet your preference. This is ideal on a               hot summer day as it refreshes your throat with a good sweetness and acidity.

In winter, mixing with hot/warm water is also common. Thanks to the alcohol content,        this warm drink will surely warm your body up from inside.

As we have seen above, Umeshu has a variety in itself: different base of the liquor, Ume plum and sweetness levels. How we drink Umeshu also changes the taste. With a various options to enjoy, Umeshu is loved by a large number of population in Japan. When you try Umeshu, I recommend you try some different drinking options to find your favourtite style!