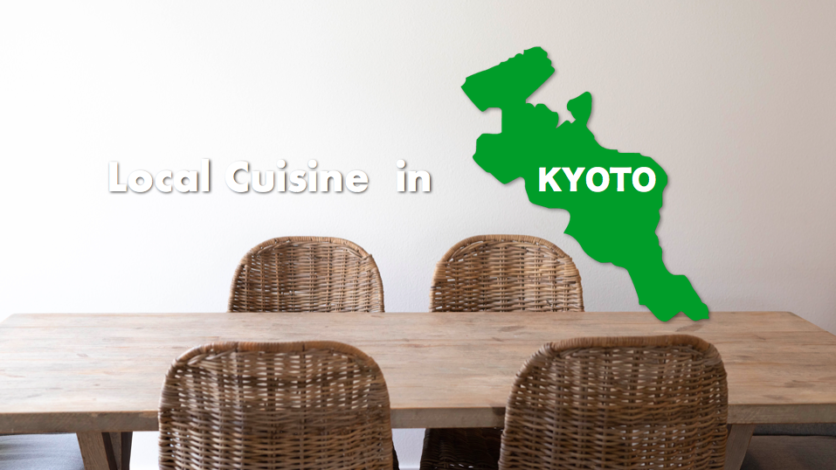 Regarding the local cuisine, we delivered information about Hyogo as our first article.

It is because, in the most case, even in Japan, Japanese Sake is paired with Japanese cuisine. In addition, as the locations of breweries spread all over Japan there are a variety of locality in food culture and Toji plan the taste of Sake based upon what they have traditionally eaten, or imagine their Sake time.

So, to understand the Sake and its locality, it is quite important to know the local dine in local Japan.

This time, ikki deliver information about Kyoto, where produce the second volume. 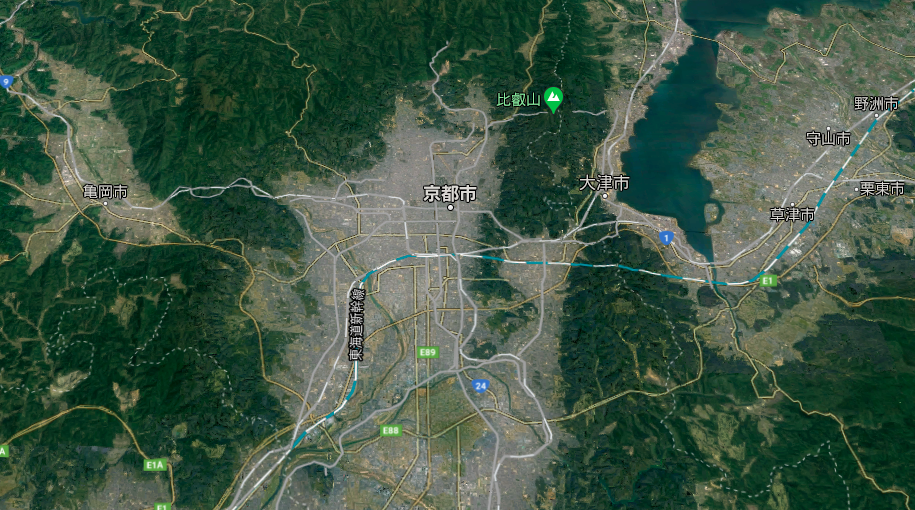 If you look at the landscape of Kyoto, it is shaped a basin. As Kyoto city is located in the basin, it was difficult to get fresh fish, but the land was suitable to grow vegetables called “Kyo Yasai”. In addition, the mountains around brings clear and plenty of water, so the food process technique uses soybean developed. The major food items are as below; 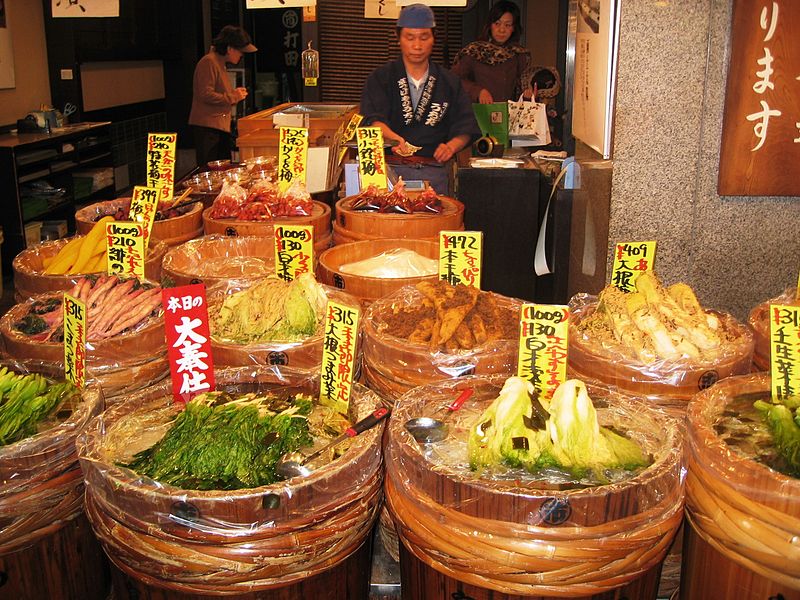 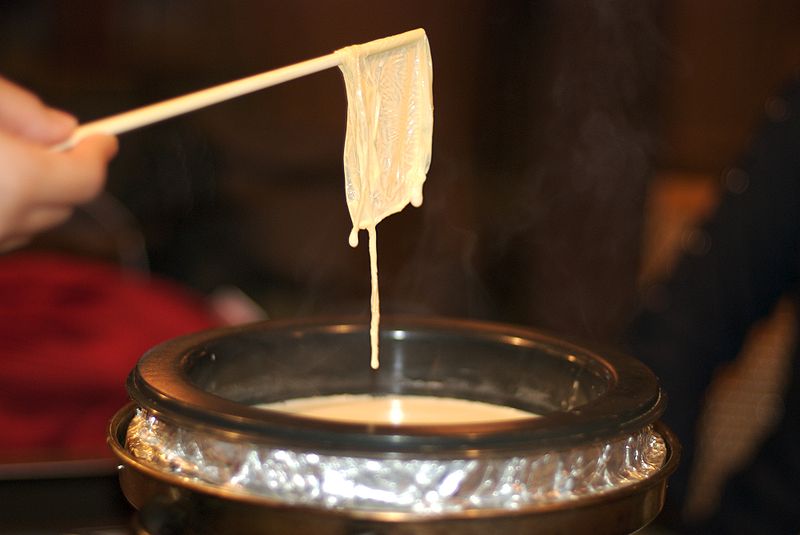 Yuba is a skin which you can extract from boiled soybean milk. The concept of eating Yuba is to take protein. The culinary called “Shojin Ryori” developed in Kyoto as there have been many shrines and temples, and Yuba was developed in this culinary. 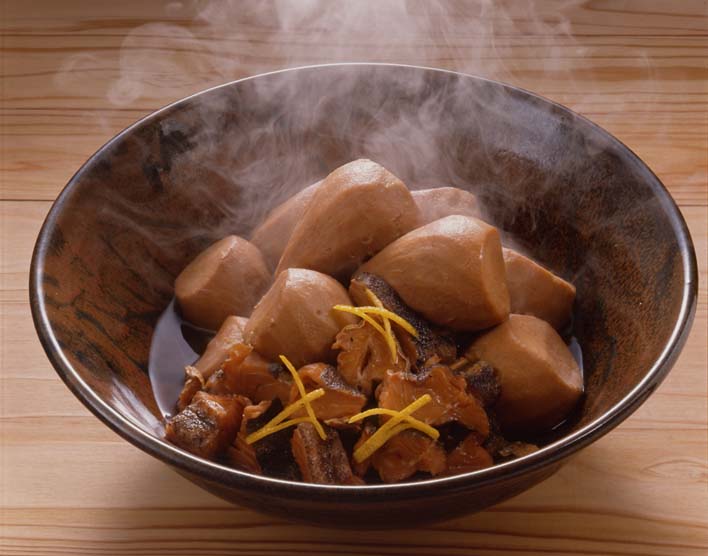 Imobou is a simmered Ebiimo, a type of potato, and dried cod fish, with a seasoning of soy sauce, sugar and Sake. Ebiimo was expensive in the past, so on the daily table a taro was used as an ingredient instead. 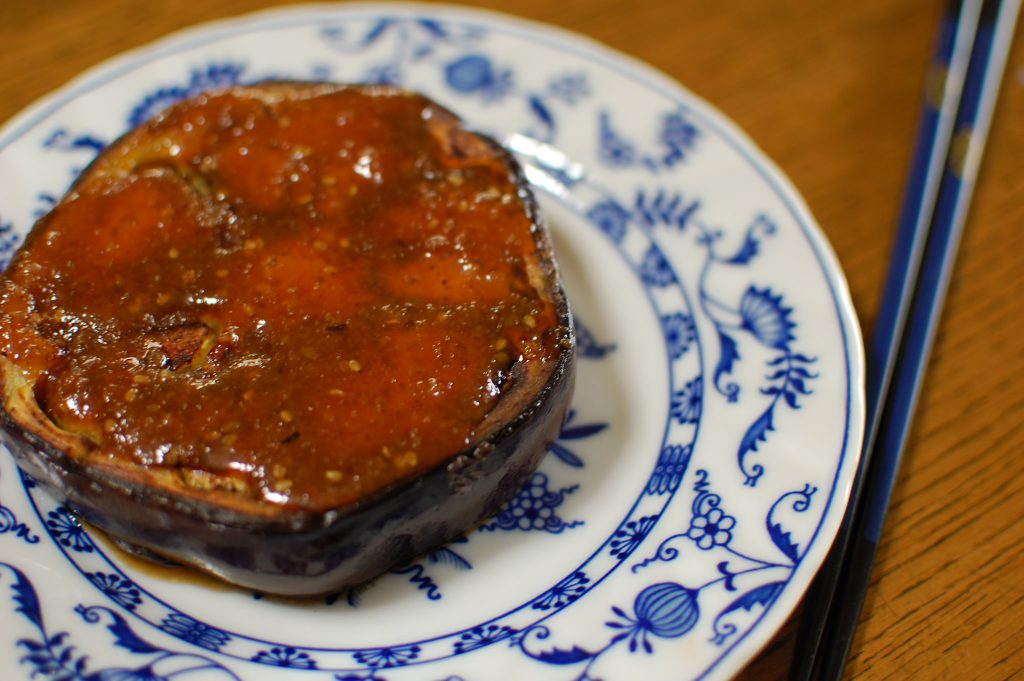 One of the famous Kyo Yasai is Kamo Nasu. Kamo Nasu is an aubergine grown in Kimigamo area in Kyoto. People in Kyoto have traditionally been enjoying Nasu with Miso put on the Kamo Nasu, socalled Dengaku. 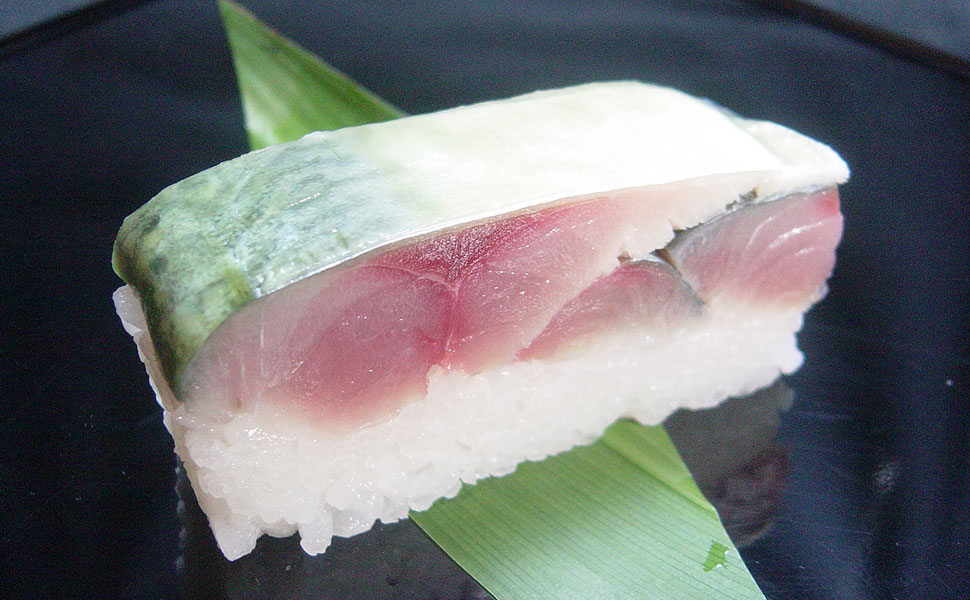 Same as Hyogo, along the sea coastal area of Sea of Japan, there is a culture of Saba Sushi. It was eaten in North area out of Kyoto basin, somewhere like Maiduru, Tango. It is a technique to preserve fish to bring to the city of Kyoto 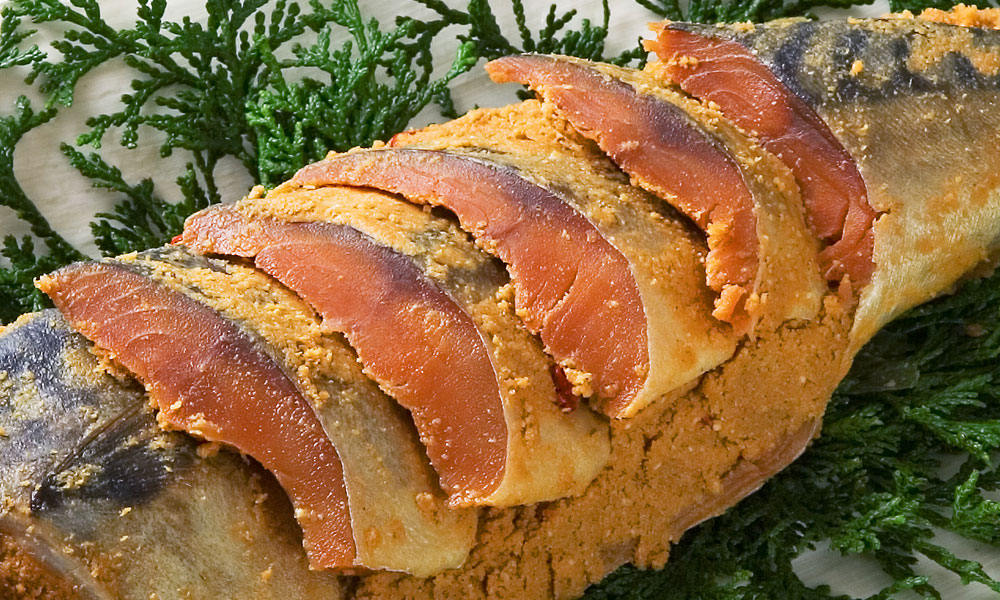 Heishiko is another technique to preserve fish. Salt the fish to ferment and pickle it with rice ban. It is also seen in Fukui area.

Hope you get the idea!