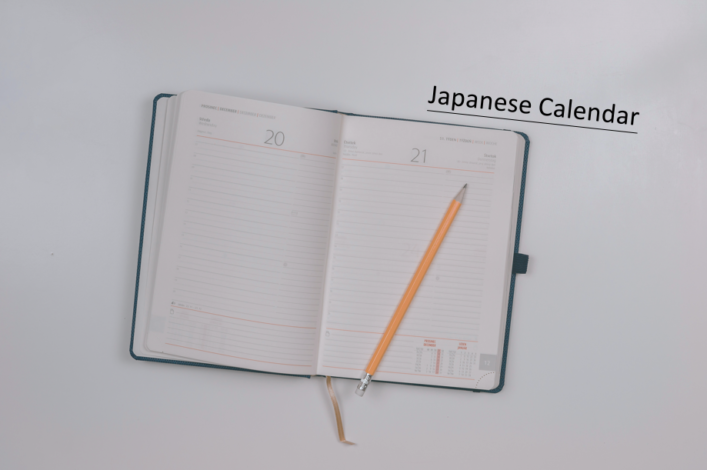 Have you ever heard of the term “Kannazuki”(神無月) or “Shiwasu”(師走)?

This time, ikki deliver information about Kyureki in Japan. 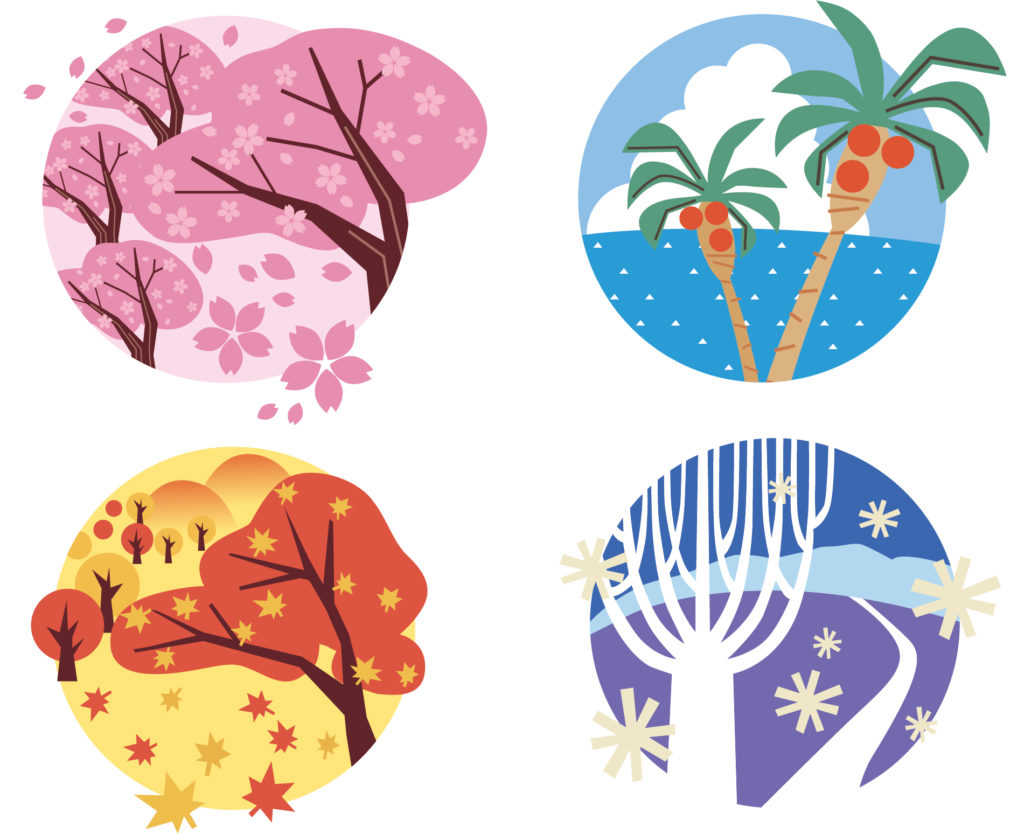 These days, when divide the year in 4 seasons, it will be like below;

Most of the people today get used to those seasons, but in the past the sense of Japanese people were different as below;

Because of those difference, Japanese people sometimes use the words “Koyomi no Ue dewa”(On the calendar). Even the real world does not catch up with the Kyureki season, Japanese people often respect this old season on the old calendar.

On the Kyureki calendar, the name of months was different to the name today. For example, Japanese people call “Ichigatsu”(the month one)  January, but in the old calendar it is “Mutsuki”.

In the past, Japanese people name the month with the impression of the month rather than the order, number.

January is the month of new year: in Japan Oshogatsu お正月. Japanese people cherish the beginning of the year at home, so all the family member gather at this time. The word “睦 Mutsu” means gathering people and deepening the relationship.

It gets even colder and people wear on top, and it is called Kisaragi 衣更着 in the Chinese characters. In Japan, people often consider the word as phonetic symbol, so they play with the letters and change the character to Kisaragi 衣更着.

The letters mean the green is about to start grow. In this month, it will end the winter season and soon get green.

卯 means the flower of deutzia. It is the season of blooming and the bloom of deutzia tells the new season at that time.

Originally called Sanaetsuki 早苗月, meaning start to plant. Then change the name to Satsuki as year goes by.

It is a season of Tsuyu 梅雨 and as paddy fields hold water it is named the month of water Minatsuki. From the Chinese characters, it can be read as “No water month” as 無 means NO, but at that time also used as OF.

It is Tanabata festival season七夕. In Tanabata, people write a letter on Tanzaku 短冊. 文 means letter, os the month of letter.

Leaves turn red, and fall in this season. People imagine this fallen leaf to name Hazuki, the month of leaf.

The night time starts to get longer from this season. So the month of longness, Nagatsuki.

In Japan, there are 8 million gods and this month, all the god gather at Izumo Taisha at Shimane so the gods in rest of the area will be absent. Therefore it is called Kannnaduki, No god month.

Japan get frosted in this month. So the month of frost, Shimotsuki.

It is the end of the year and people need to prepare for the new year, so getting busy. 師 means a monk, and 走 means to run. In the new year people visit temple in Japan, so 師走 means the month monks are busy for the new year.

Hope you learn a lot. Some of the Sake has those letter to express the seasonality, so please look at the label carefully.