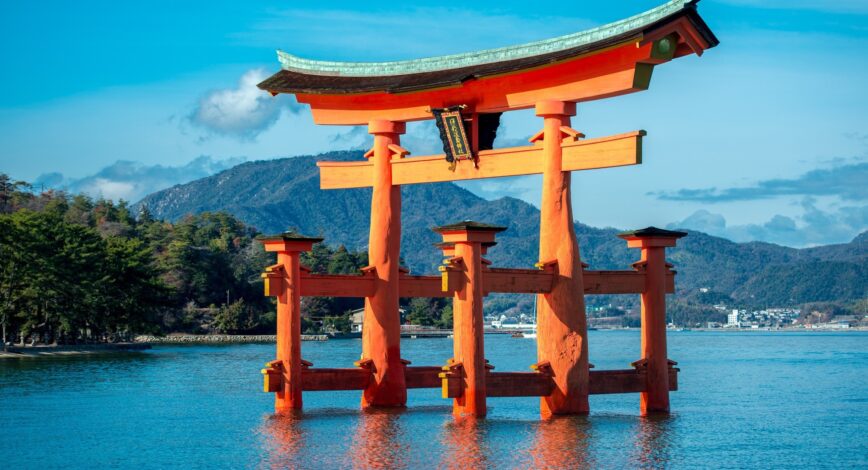 Hiroshima Sake – one of the 3 famous Sake place in Japan

They are Nada (灘) in Hyogo (兵庫), Fushimi (伏見) in Kyoto (京都), and Saijo (西条) in Hiroshima (広島). This article focuses on Saijo of Hiroshima. Let us check out the origin of Ginjo style Sake!

The environment of Saijo

The production of Sake in Saijo became active in the end of Edo Period. Due to its rich soil and a wide variety of rice types, Hiroshima has embraced an ideal conditions for the Sake productions. Saijo not only holding these advantages, but it is also benefitted from the flat land scape of an altitude of 250 – 300 meters, as well as a mild climate. The temperature of Saijo is about 2 degrees lower than that of city centre, and it experiences frequent snow. These features have been considered particularly suitable for Sake production.

Privileged with these features, Saijo was not the best Sake production area from its start. Why? It is due to the mineral compositions of water there. Water in Saijo is low in minerals, while water rich in mineral is more suitable for Sake production. Minerals in water help the activities of fermentation by providing nutrition to Kobo. Fermentation was not ideally done with water in Saijo, as a result, the Sake produced in Saijo came up sweet and deteriorated quickly. Unfortunately, Sake of Saijo was not welcomed by the Sake connoisseurs.

These difficulties helped shift the Sake production of Saijo to a long-lasting fermentation with its water. The method is called Jozo-zukuri, and well applied across the world these days.

Characteristics of Sake from Hiroshima

When water contains high volume of minerals, Kobo performs active even with young koji. On the other hand, when the water is low in minerals, koji needs to be raised for a longer period to reaches inside rice grains. Thus the saccharification is accelerated leading to a more active fermentation. When a large amount of minerals are present in water, the fermentation occurs automatically, while water does not contain a good amount of minerals, some extra preparations are required. This preparation step helps cultivate koji and turn its Sake rich in aroma and flavours.

Generally, Sake made from water with high minerals ends rich, dry, acidic and sharp. In contrast, Sake of Hiroshima is light, soft and delicate.

Ginjo style Sake is one of the specially designated Sake categories. It has fresh, light and soft characters. As mentioned earlier, due to its water conditions, low-temperature slow fermentation method, Nansui Jozo method (軟水醸造法) was invented in Saijo. The method spread to the entire Japan and founded its base. Now it is one of the most recognized methods of Sake production.

There is a street called Saijo Sakagura Dori, meaning Saijo Sake Brewery Street in front of the station of Saijo City Hiroshima. 7 breweries continue the production close to the station, and it attracts Sake lovers for brewery visits, tastings and purchasing of rare Sake.

Ginjo style Sake is now widely available across Japan. However, there were a lot of efforts not mentioning trials and errors by producers in Hiroshima until the production method was successfully formed. I believe this knowledge could give you a different experience when tasting Ginjo style Sake. If you have choices and cannot decide what to try, why don’t you try the one from Hiroshima, the birthplace of Ginjo?