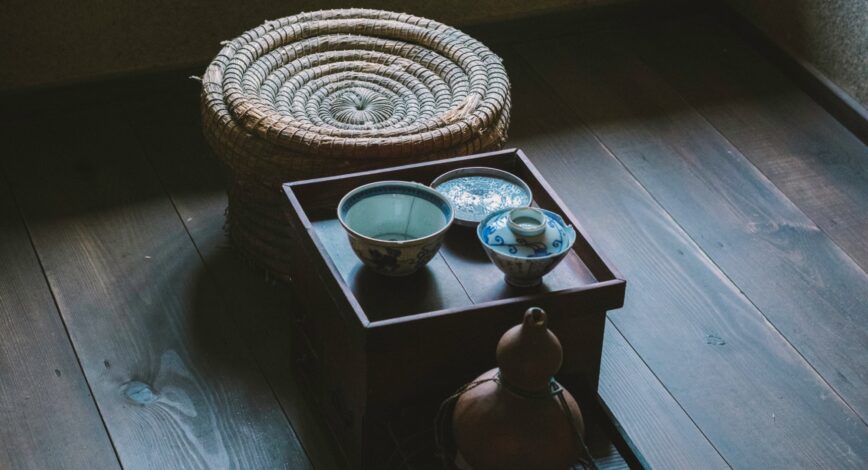 As its name shows, Sake also known as Nishonshu, is alcoholic beverage made in Japan. It has a long history. It is rare to find people who seriously think about the history of Sake when consuming it, however, the deeper you understand history of Sake, the more attractive you found the product. This article touches upon its history of Sake and breweries to help people increase interest and have more attachment to it.

Exact period of the beginning of Sake production is still unknown. With the latest study, it is estimated to have started around B.C. 2000 (Yayoi Period in Japanese history) at approximately a simultaneous time as the rice harvesting technic was introduced to Japan.

Around the late 700 A.D. (Nara Period), the production technic developed to reach a stable level of harvest of rice, and a special department was installed within the national government to administrate Sake production to be delivered to the capital. The governmental office was called ‘Sake-no-Tsukasa’.

Sake production as a genre of industry became widely recognized around 1600 (Edo Period). Sake production expanded to provide a wider variation of flavours and aroma, and the production process became more sophisticated. Production methods symbolized by winter production of Sake, Kanzukuri, (寒造り) and pasteurization process, Hi-ire (火入れ) dramatically developed in the Edo Period. These technics were spread by merchants to the public, therefore Sake production succeeded in largely growing. 1868 and onwards (Meiji Period), national institutions researched and developed technics for Sake production with scientific analysis, its production style achieved what it is currently found.

Sake of Kenbishi is famous for its prestigious water. Water used at Kenbishi is called Nada-no-miyamizu, meaning sacred water of Nada. Miyamizu springs from the coastline of Nishinomiya is believed to have an ideal balance of minerals. The brewery’s motto is to maintain the quality of ingredients, namely rice, regardless of the price. The motto has been descended from generations to generations to maintain its prestige.

Hiraizumi Sake Brewery is located at the bottom of Chokaizan-mountains stretching between Akita and Yamagata prefectures. It uses clean underground water called Fukuryusui (伏流水). The famous Sake from this brewery is “Hiraizumi” in Yamahai style. It features a high acidity which attracts a number of fans.

Sudo honke is a brewery with longest history in Japan. The current master is 55th generations. The brewery introduced Nama-zake and hiya-oroshi for the first time in history. It carefully selects rice and utilizes 100% local rice of Kasama-city. The brewery is proud to exclusively produce non-filtered Junmai-daiginjo Sake, and it is active in export, receiving high reputations both from inside and outside of Japan.

Sake and its future

Sake is one of the traditional industries in Japan. There are some breweries with more than 100 year-old history, whereas others have to call it a day to its history and shut down. With a little pessimistic view, the domestic Sake market does not have large room for expansion, therefore the Sake industry ends up shrinking unless being aimed for an overseas market. Besides, there are also some negative factors to cause a decrease in domestic consumptions such as the decline in population and shift in the preferences in tastes. It is time for Sake industry to consider exporting and be innovative to maintain the production level. The number of Sake fans overseas is on the rise thanks to the popularity of Washoku, Japanese cuisine, which results in an increase in export of Sake volume every year. The oldest brewery in Japan, Sudo Honke is also aggressively engaged in the exporting business, carefully catching the needs of the overseas. In brief, it is important to renovate the technics, take in the late thoughts while preserving the tradition of Sake. The balance between tradition and innovation becomes even more important for the breweries to transform themselves as well as to let them last to the future generations.