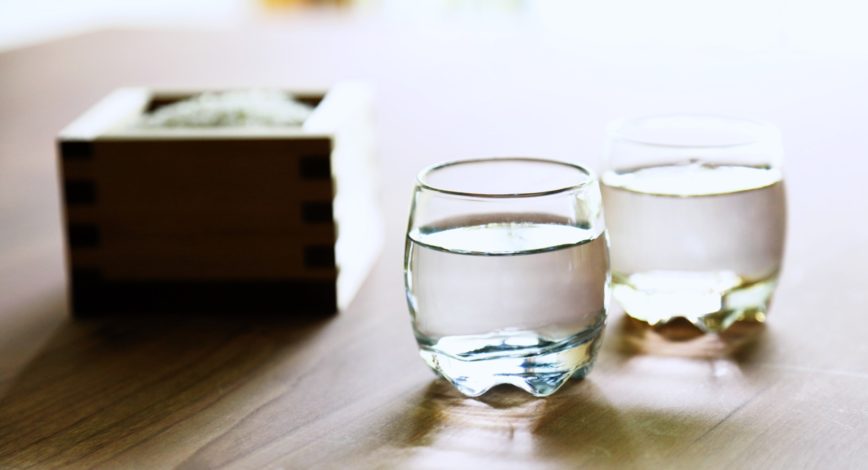 Due to its cultural back ground, Sake has ideal cups or vessels according to the scene.
When it is used in Shinto religious event it is served in wooden vessel called Masu or Sakaduki, and traditionally sake has been served in cray cup called Ochoko in daily scene.
Today, there are varieties of cups or vessels to use, it is not only because of the culture, but also it is because of the diversity in food culture.
With different touch of its texture or temperature, you will taste differently. Please find the information about cups and vessels and find suitable cups or vessels.

Made of cypress. Today’s world we often see when people make a toast in events
Flavor of cypress matches with sake

Made of wood, but coated by lacquer
Used in cultural event such as traditional Japanese wedding
Red is a fortunate color in Japan

Small drinking cup. It can be made of ceramics, wood, tin and any other materials
When it is set with pouring bottle the material used is same as the bottle

It is also a pouring bottle, but open style compared to tokkuri
Prefered to serve Hiya sake(Cold)

Big cup. When you directly pour sake from the bottle in casual scen we use it

Used recently. Due to its shape, it is suitable when you drink sake with flavor such as Ginjo