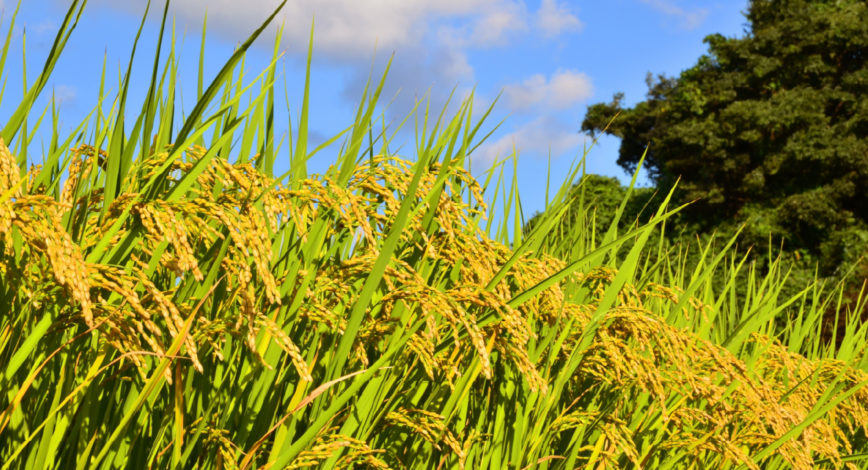 Rice used in sake brewing is different to what we eat.
The main differences between 2 kinds of rice are as below;

As grain is larger, when polished it is difficult to break up

Inner core which is Shinpaku has starch and has a important role in koji and sake making.
Outer core has protein or vitamin which will be a noise in sake brewing, but umami when eat.

As you can see above, sake rice and eating rice is different and also it was designed to be different.
Upon ling history, not only breweries and their technique developed.
Farmers developed rice variety for sake brewing in their region.
Now, you can find some example of sake rice below to understand how each variety different.

Produced in Hokuriku region such as Niigata, and has the largest planting area
2nd famous rice after Yamada Nishiki, and tends to be refreshing taste and crispy finish

Found in 100years ago and only sake rice used in today’s brewing. It is a root of Yamada Nishiki and Gohyakumangoku.
95% of total production is in Okayama prefecture. Tends to be roundy-shaped and rich taste.

It is a cross between Sake rice Hattan and eating rice Akituho, and grown in Hiroshima.
Tends to be refreshing crispy finish.

Recently revived sake rice in Tottori prefecture, and originate from Omachi
It is required to have some knowledge and technique to brew, but sake with this rice is good for aging and have identical acidity.

Grown in Shonai in Yamagata prefecture, originating from eating rice
You can feel gentle acidity and clearness from clean water in Yamagata

The sake rice only grown in Yamagata prefecture
dry and refreshing taste.