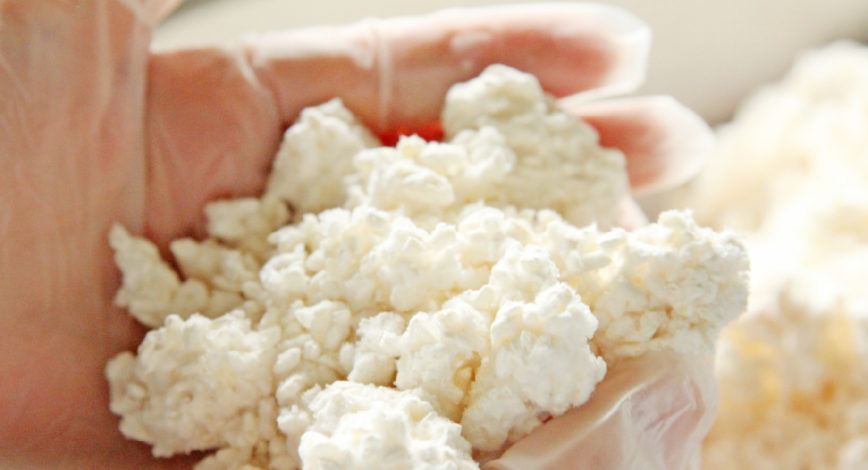 In sake brewing, brewers say [1 Koji, 2 Moto, 3 Brew] so we can say koji making process is the most important.
Koji convert starch in rice into glucose and without glucose there will not be a fermentation.
When we make koji, add koji seed, so called Moyashi, to steamed rice to make koji, and below is some kinds of koji seed.

Originally from Okinawa island and spread to Kyushu island.
Generally, it will be thick, rich but crispy finish sake. It can be used to design sake with high acidity.

Originated from black koji and mainly used in Kyushu.
It will be mild and gentle taste.

Used in sake, miso making in Japan and shaoxing making in China.

After koji convert starch into glucose, yeast start converting glucose into alcohol and gas.
So, yeast decides taste and quality of alcohol itself but the gas it produce is aroma and flavor of sake.
With different yeast, sake will show us different face even same ingredients are used.
Yeast is found in breweries and living in its wooden building, but nowadays Japan Brewing Association develop and produce for all the breweries.
Please find some example of yeast below.

Produced by Japan Brewing Association and found in Aramasa brewery in Akita.
The oldest yeast used in today’s brewing.
The taste will be gentle and dry taste with this yeast.

Produced by Japan Brewing Association and found in Miyasaka brewery in Nagano.
The taste will be mellow flavor and balanced taste with this yeast.

Produced by Japan Brewing Association and found inKumamoto brewing laboratory.
It is so-called the base of modern ginjo brewing,.
Not much characteristics, but it reflects characteristics of breweries in their taste of sake.

Developed in Japan Brewing Association.
It produce the most aroma through fermentation.
Ideal to use for Daiginjo brewing

Developed in Nagano prefecture. These days, each prefecture develop original yeast to stand out their originality.
Less acidity, but fruity flavor like apple with this yeast

Developed in Tokyo Agricultural University from flowers.
With different flower, it will be unique different flavor and taste
No flower aroma with flower yeast.