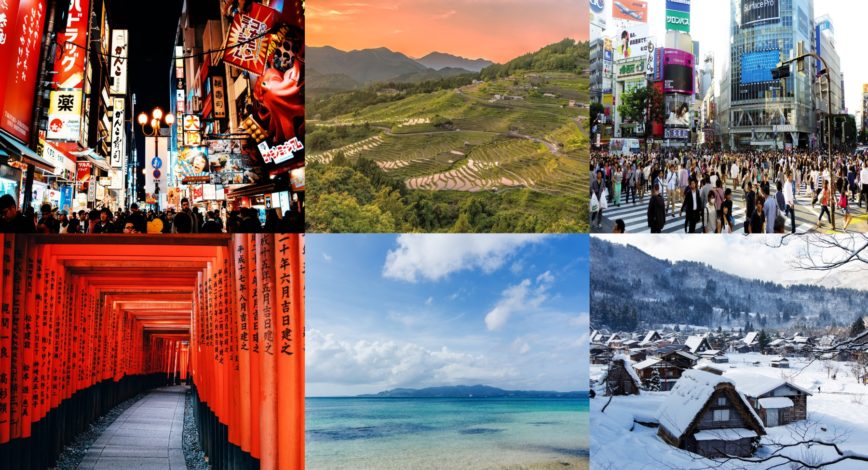 Surrounded by sea, more than 70% occupied by mountains, long island from north to south, under these situations Japan has variety of climate by area and season.
In order to understand Japan, first required to know about geographical information.
Japan is divided into 47 prefectures and 8 regions. When we think about climates, we can divide Japan into 12 regions as below.

Hokkaido has the region which has the largest area. On this vast land, farming acts large proportion in the economy.
Almost half of the year is winter and heavily snow. It is quite rare to be more than 30℃ in summer.

Ouu mountain range runs in the middle of Tohoku north to south, and most of the land is occupied by mountains area.
Winter season is long same as Hokkaido. Agriculture and fishing are popular and more than 25% of rice in Japan is coming from this area

Agricultural area, blessed with full of nature, located at north of Kanto plain
In addition to the agriculture, manufacturing is also popular and so-called North Kanto Industrial area

Highest population density as you can tell that Tokyo, capital city is in this area. Suburb in west and city area in east is distinctive.
There is 10℃ difference in temperature at maximum throughout year

Mainly facing sea of Japan, separated from pacific sea area by Echigo mountain-region and Hida mountain range
winter season is quite severe, but as coast area is a plain an agriculture is popular and famous for rice production

Sea of Japan at North and Pacific ocean at South. It has the biggest lake called Biwako, suppling plenty of water in the area
Nada Hyogo and Fushimi Kyoto are famous Sake brewing area

2 distinctive area: industrial area along inland sea of Seto called “San Yo” and Agricultural area with ancient Izumo culture along sea of Japan called “San In”
Climate of San Yo is moderate and stable, but in San In it snows heavily in winter

Relatively warm throughout the year. There is an agricultural area around Tsukushi plain
Kyushu is famous for Shochu production, but brew Sake as well in this area especially in Ooita

South end of Honshu island. There are a lot of volcanos such as Kirishima volcano
Famous for hog raising, and shochu production using sweet potato grown in this area

Isolated islands at south of Honshu, and have unique Ryukyu culture
What they can get from farming and fishing is unique. Famous for awamori using sugar cane grown in this island